Posted on November 12, 2019 by BridgewaterPrep 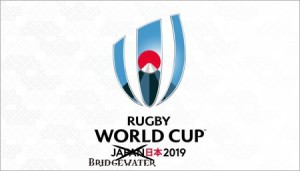 The much awaited Bridgewater Tag Rugby World Cup Final was completed this week, with Argentina taking on South Africa for the inaugural title. South Africa had seen off Japan in the semi-finals with Argentina holding off the challenge of Australia. Both teams had high hopes of lifting the trophy and from the first whistle the contest was fiercely competitive.

Argentina took the initiative and raced into a 10-0 lead with early tries from Alfie and Harper. South Africa refused to lie down and roared back into contention with tries from David and Josh. Both teams went close to taking the lead but went in at half time at 10-10. The second half was almost a carbon copy of the first with Argentina pushing the Springboks back towards their own try line. Harper scored again but saw his effort chalked off for a hand-off during the build up. Meanwhile, Jaydon dived over the line to celebrate taking the lead, only for the try to be disallowed for a foot in touch.

Both teams pressed forward and scored two more legal tries each. Alfie scored again and Harper scored to put the Pumas 20-10 ahead. South Africa levelled once more with tries from Josh and Thomas to take the game into the last minute all square. With the final heading into injury time, Craig threw a defence splitting pass out to George who crashed over the line to score and send the Pumas to victory. The South African team had played some scintillating rugby, off loading in the tackle and holding a tremendous line in defence and can be proud of their performance. In the end, the Argentinian Pumas just had the edge in the running and aggression. However, the real winner is Bridgewater and rugby as thanks to the competition and indeed the Rugby World Cup in Japan, we now have a talented set of youngsters with a new interest and respect for the game of rugby. Well done to all participants in the tournament over the last six weeks.