Posted on October 11, 2019 by BridgewaterPrep 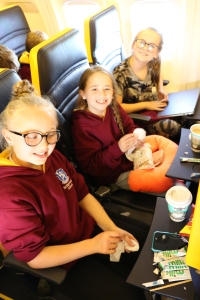 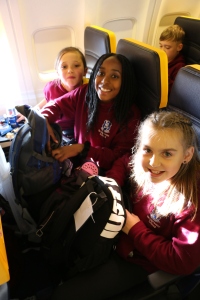 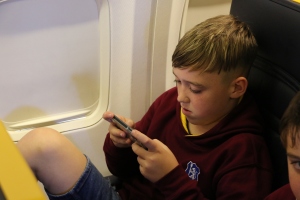 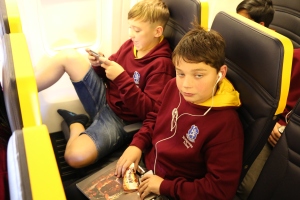 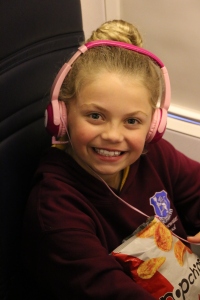 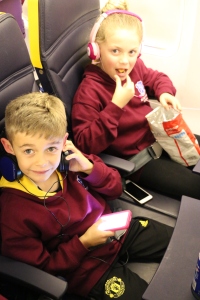 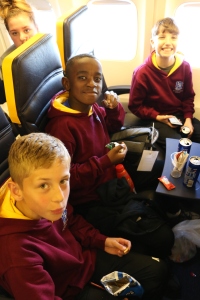 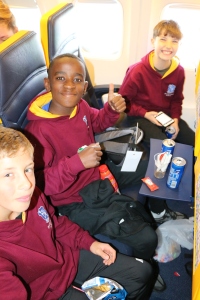 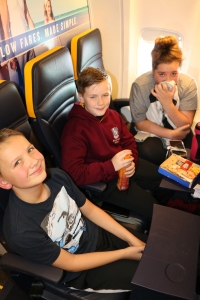 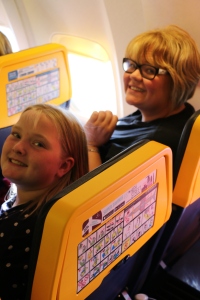 It is hard to believe that a year has gone by since Bridgewater Prep made its first sporting venture into Europe. Today 40 boys and girls aged 9-12 years left school to travel to Spain for six days and five nights. Dressed in matching hoodies that would not have been out of place in Hogwarts, the group boarded the coach and headed for Terminal 3 for their flight to Valencia. The first major disaster was averted as Mr Altdorf raced back to the departing coach to collect his phone! The second was a piece of luggage weighing in at nearly 17kg! Fortunately, Freddie had packed like an SAS expert and this helped to balance out the difference and a hefty fine.

There was a mixture of admiration, pity and confusion on the faces of many of our fellow travellers. Many were surprised to hear we were off on a football tour, rather than a Harry Potter convention. As we prepared to go through passport control and onto Platform 9 and three quarters, one admiring onlooker stated, “I don’t know how much they are paying you – but it’s not enough.”

A trip to that shopping metropolis, WH Smith’s, sent the excited pack into a frenzy. However, the groans of disappointment could be heard from afar, as KFC and Burger King were declared out of bounds. The girls went off to shop first… big mistake… thanks Mrs Hewitt and Miss Armstrong and sorry fellas! In fact they took so long that Mr Suter performed a quick version of Sleeping Beauty. Fully loaded with an assortment of crisps, drinks, sweets and chocolate, we boarded the plane, ready to attack the food trolley! Anton tucked into a bag of Doritos twice the size of him, Holly hit the heatwave flavour and Pringles were popping on every aisle.

With iPads playing films and games all around, the surprise question of the tour so far came from Harper, who asked could he read his book! Normal service was resumed two minutes later when the book was discarded in favour of a film. Craig and George were so enthralled by their game of FIFA, that they did not notice the steady stream of visitors to the main attraction on the plane… the toilet. Armed with the last of their allocated loot, the food trolley provided a distraction from electronic devices. One thing is certain, nobody will be going hungry on this trip!

At the end of the flight, Mr Suter was offered a job by the appreciative air attendants. Each aisle was presented with a plastic bag for rubbish, ensuring Mr Suter will always be welcome on a Ryan Air flight in the future. Not long after the plane erupted as Bridgewater showed their appreciation to the pilot for a perfect landing. A short coach journey later, led us to our home for the next six days – Hotel Mas Camerena.

The quietest the group have been all day was during the much anticipated room allocation. Mrs Hewitt who has given up get maternity leave to go on the trip was soon regretting it, as the noise of 40 children reminded her of what she had been missing.  Everyone appears to be happy which means staff are not going to get much sleep tonight! The evening meal was actually well received considering how much they had eaten all day. An hour to phone home, unpack and shower and lights out for 11pm. Tomorrow is going to be a very busy day, with breakfast at 7.30am, training at 9am and a visit to the Mestalla Stadium in the afternoon. There was just time for one last quote of the day, as Jaydon asked where he could get tap water from?!  It’s going to be a long week!