Posted on October 12, 2019 by BridgewaterPrep

The day dawned bright and early for our footballers after a full and relaxing night’s sleep.  The excitement of our arrival and finding out our roommates last night was too much for some, and our hotel quickly succumbed to the sound of gentle snoring through the night, not all of it Mr. Altdorf’s.

A hearty breakfast, a quick inspirational team talk from Mr. Altdorf, and then it was off to the training facilities to meet our coaches for the week.  There was excited chatter as those who came last year began to recognise familiar features on the walk to the complex, especially the lamppost Luca C had walked into last year.  No one repeated the feat, but the week is but young and we have high hopes.

Our coaches were eagerly awaiting us at the complex and before any training, they took us on a brief tour of the facilities.  We got a behind the scenes look at the first team media centre, and the pitch/stadium where the first team train.  Then it was on to our own training sessions: mixed up in our three teams, each team worked with one of the coaches on a variety of drills, designed to get the players passing and moving with confidence.  Our players responded to the coaching, and it was good to see them getting stuck in with gusto.  Our only major injury was Frankie on the way back to the hotel, who managed to avoid the lamppost but tripped over his own laces and grazed his knee.

Back at the hotel, there was a bit of downtime before lunch, and so for many it the first opportunity to sample the delights of the hotel’s rooftop swimming pool.  Which was brave on two accounts: the bracing temperature, and the delightful hotel issued swimming caps the swimmers had to wear.

Lunch – “Are they worms?” enquired Sabri of the macaroni dish on offer (for the record, it was actually a delicious seafood pasta – Mrs. Hewitt had three plates) – and then the feeding frenzy of the visit to the local supermarket.  The world’s grumpiest checkout assistant, who we met last year, fortunately was not there but some rather friendlier incantations – which was just as well as, closing early due to Spanish National Day, we did push their tolerance a bit by inundating them with forty eager to spend children twenty minutes before closing time.  If the Japanese typhoon were to hit here, we’d have enough supplies to last several days at least.

And then to the Mestalla stadium for a tour.  We learned why the club badge is a bat and why their colours are orange and black, got to sing “We are the champions” from the main balcony (there were no takers for Mr. Altdorf’s “We’ve won it six times” nor Miss Armstrong’s “Blue Moon”) and went pitchside for team photos.  As we left the pitch and Allegra had to go back for her hat, Mr. Suter snuck in a quick rendition of “Marching On Together” that reverberated around the proud – empty – stadium.

Next on the agenda was the club shop: oh did the sales staff smile when they saw us coming!  A plethora of all things Valencian have been bought, so watch out for those we the children get home.  We hope they fit!  Slightly unusually in the Valencia club shop we met the only other Leeds United fan in Spain – he and Mr. Suter had an animated discussion about Leeds’ chances of missing out on promotion again this year.  There is a Valencia connection: both clubs are celebrating their centenary this year.

Dinner this evening was in Heron City – last year a pleasant, quiet stroll through this area; tonight, a Saturday on Spanish National Day, somewhat busier.  Dinner was very favourably received – lots of clean empty plates – and surprisingly a Spanish family came into the restaurant with children noisier than ours!  Jasmine was somewhat surprised when the whole restaurant joined in to sing happy birthday to her as the waiters brought out a surprise birthday cake, but the verdict was that it was delicious!

On to Laser Quest.  Kian was somewhat confused by the whole concept – “Do we use real bullets?” while Alexander avoided the ‘no running’ rule by running straight into one of the barricades!  Jaydon and Harrison A proved to be top marksmen of the night, so don’t upset them when we’re back at school.

A busy day, a slightly later night, lots of tired children and, as Zebedee would say, “it’s time for bed.” 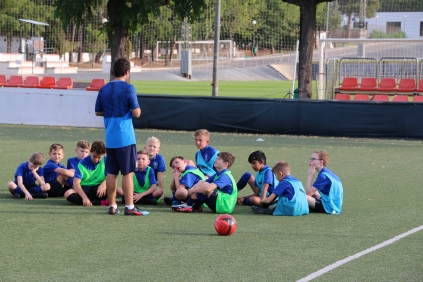 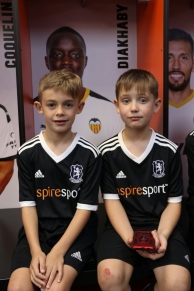 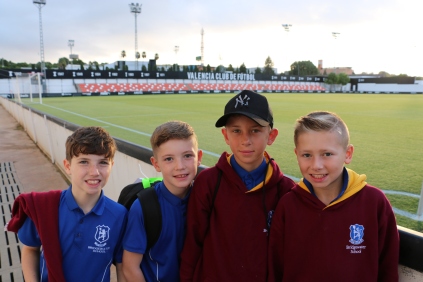 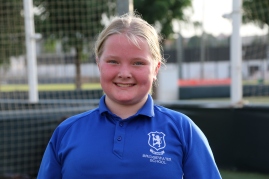 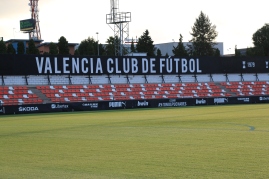 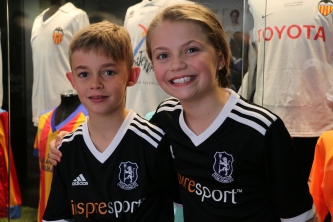 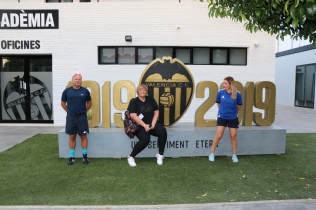 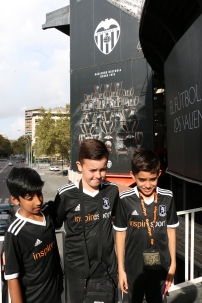 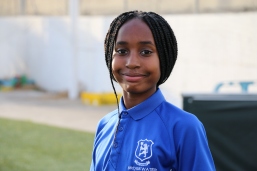 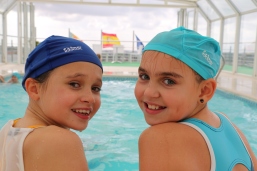 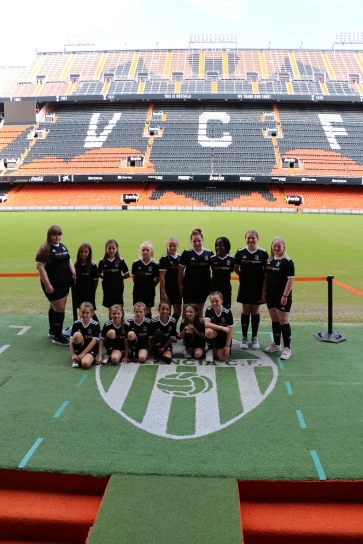 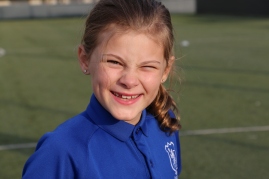 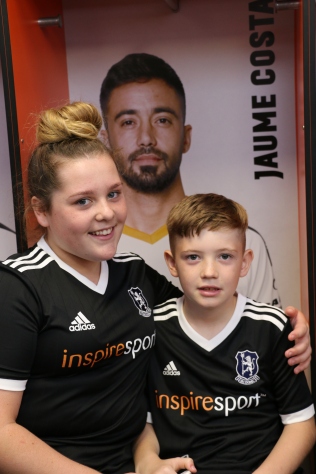 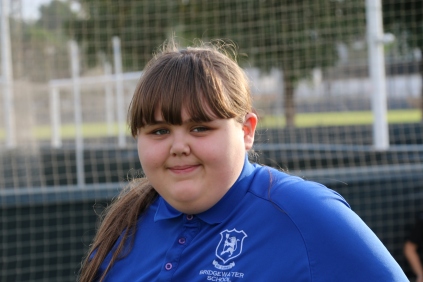