Posted on February 6, 2019 by BridgewaterPrep 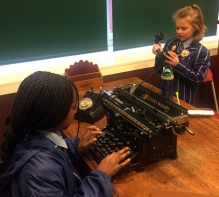 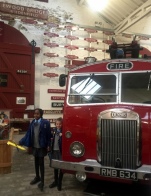 Bury Transport Museum was the setting for the regional finals of the schools science glider competition.  Representing Bridgewater, having beaten their classmates in the school competition last week, Esme and Abigail used their creative juices to rework their own aeronautical design.  The extreme cold of the museum was not going to deter them.  Unfortunately, despite their best efforts,  they didn’t make the national finals.  As Esme herself said, “We tried our best but some gliders flew further than ours!”