Posted on January 29, 2019 by BridgewaterPrep 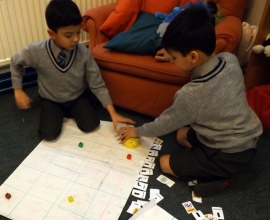 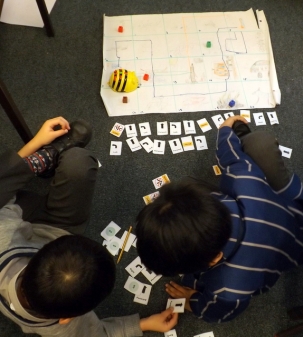 Prep II put their programming skills to the test today with Mr. Suter’s Bee-Bot Challenge.  Using their programming skills that they have been learning over the last few Computing lessons, today’s teams had to design an algorithm that would ensure their Bee-Bot moved around the mats they had designed, collecting all of the tokens in as few moves as possible.  Where mistakes were made, children had to debug their algorithms to rectify any errors.  Competition was tight, but eventually, it was the laid back team of Frankie and Raghav who prevailed.