The Adventures of The Famous Five and Friends.

Posted on December 1, 2019 by BridgewaterPrep

With the attraction of a Black Friday shopping spree for some, waking up to a frosty scene from a John Lewis advert for others, it was a welcome surprise to see 22 runners and families at Bolton Road on Saturday morning. In fact, that was only the start of the surprises as Bridgewater cross country runners set about breaking records for the school in the Salford Cross Country League.

In the first race, Jensen returned to represent the U9 boys’ team, following his run in the first race two weeks ago. Jensen finished in 63rd, which is even more impressive as he is a Prep II pupil and by far the youngest runner in the race. Jensen was joined by Tom from Prep IV, who was making his debut in the event and he produced a terrific run to finish in 57th. Tom has had a fabulous term of sport for Bridgewater, representing football, rugby and cross-country teams, as well as having coaching in tennis and swimming outside of school!

In the U9 girls’ race, the ever-present Maya was joined once again by Lottie and Lucy, as well as debutants, Hannah and Ada. The enthusiasm and commitment of the girls is a pleasure to see and they have a genuine desire to want to do well in the event. With over 100 runners in the race, it was a delightful surprise to see Ada claim a certificate for a top 20 finish, as she romped home in 18th place. Maya (38) raced home in a pack close to the coveted final certification places and is closing in on the leaderboard. Lucy (54) was disappointed to finish just outside her previous finishing position at Buile Hill Park. However, there were more runners and this is a tougher course and she also should be very proud of her performance. One of the nicest moments of the morning was seeing Lottie (90) hang back to ensure the determined Hannah complete the course on her debut. A lovely moment, showcasing sportsmanship and citizenship of the highest calibre.

The third race of the morning saw the U11 boys in action, trying to better the fourth place in the team event last time out. Incredibly, ten boys turned out, a Bridgewater best for any age group in the Salford League. The boys had turned up meaning business too, with Craig and David from Prep VI adding to the strength of the team. The boys ran with determination and intelligence, knowing the first four runners over the line form the basis of the team score. Led by Luca (11), the boys were superb and in total four boys finished inside the top 20 – a new Bridgewater record for this competition. A sea of Bridgewater blue snaked around the finish line with Thomas (18), Tobias (14) and Reagan (16) all finishing together. David narrowly missed out on a certificate place in 22nd, with Moaed (31), Seb (36), Craig (43) and Harrison (50) all in the top half of the race. With Kian (56), Chun Ka (75) and another debut runner Sabri (76), all completing the course, it was a special achievement for the U11 team in a traditionally tough test of speed and endurance.

In the fourth and final race of the day, two more debutants had to run to the line to make the start of the race…. Abigail (65) and Esme (64)!  Meanwhile, Head Girl Anya continues to inspire with her commitment and dedication to the cause and was rewarded with a fabulous 26th spot. Evie was one behind in 27th and in doing so, set a personal best for the event. This is even more impressive when you consider it is the third consecutive year in which Evie has represented Bridgewater in the Salford League. Finally, on a day of soon to be famous results individually and collectively, a special word for Alia (86) in Prep VI. The Salford Cross Country League is a tougher race than the ISA North competition and running is not everyone’s cup of tea…. especially on a cold winter’s morning. Alia knows it will be a hard race for her to complete and yet she has done so once again, earning the respect and admiration of all those present.

There is now a break over the festive period until the final race of the series in January. Personally, I cannot wait to see just how well this set of runners can do in that race. Once again, a huge thank you from me to all the runners and parents for coming out and supporting the event. It really was a pleasure to see the children run with smiles on their faces and enjoy the fresh morning air. See you in 2020! 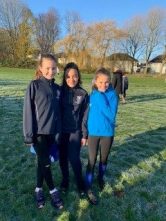 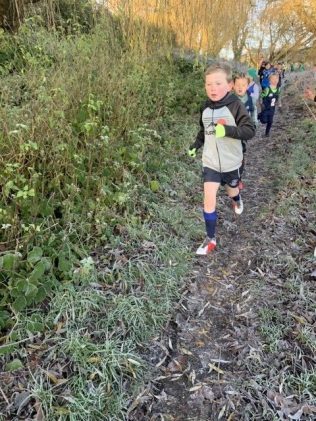 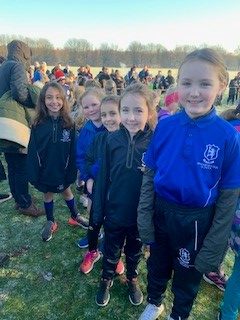