Posted on October 5, 2017 by BridgewaterPrep 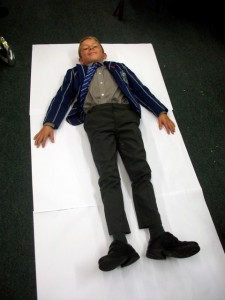 Prep III took different objects out of the bag, and tried to decide if they would rot underground, or if an archaeologist would dig them up in hundreds or maybe thousands of years’ time. If we could not decide, we put them in the middle of the Venn diagram. Some were quite tricky. Where would you put a leather shoe? What about a bone? Would any parts of an apple last?

Aarav and Shayan drew round Alfie. We wondered what an archaeologist would find in thousands of years’ time. Jasmine thought that would find his metal Prep Council badge. Abigail thought they would find his bones. Do you think that his metal buttons and zips would still be there? 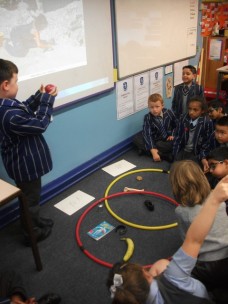 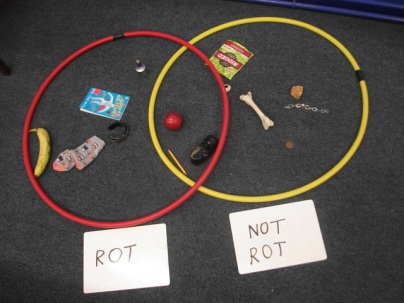 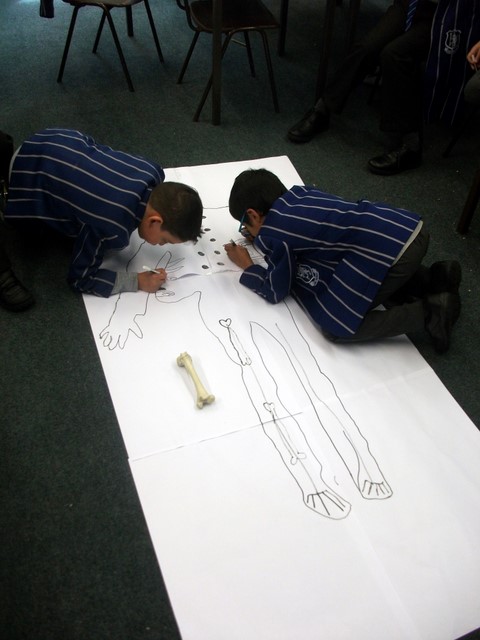