You would have been able to hear the noise of brains clunking on Tuesday as children in the Prep. Department – mainly Prep V and VI, with a few extras from Prep III and IV – battled their way through the Maths Quiz team selection quiz.

Twenty questions – and you can test yourself out by seeing how you get on with the question on the board in our pictures – were challenging in their own right, but against the clock they were even more daunting.  Over the next few weeks, Mrs. Davies will be working with those who scored highest in the selection quiz before whittling numbers down to a final eight, who will compete in the regional heat of the national competition at Lady Barn House School on 27th June. 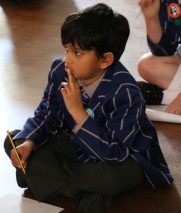 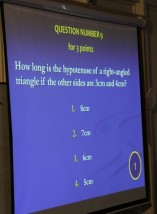 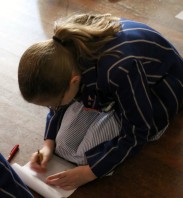 3 Responses to The Maths Quiz Trials