Posted on February 7, 2017 by BridgewaterPrep

“Sin, sin….sin, dex, sin!” This was enthusiastic chant of the newest recruits to the Roman army as we marched through the streets of Deva- that’s Chester to those of you who don’t know their Latin.

Clutching shields and wearing protective armour, Prep Three honed their fighting skills at the Roman amphitheatre and learnt how to make a tortoise formation. By the end of the morning we were ready to take on any angry Celts, and had worked up an appetite for our packed lunches. Unlike Roman soldiers two thousand years ago, we did not have to grind our own wheat to make the bread for sandwiches, thanks to Mr Green and the kitchen staff.

Back at the Grosvenor Museum we enjoyed a practical workshop, where we learnt about Roman food, (stuffed dormouse anyone?), the bathhouse where soldiers would relax when they were off duty and how archaeologists have uncovered evidence of Chester’s Roman past. Finally, Matteo was kitted out in the full metal armour and weaponry of a Roman legionary, and looked particularly fearsome as he brandished his spear and dagger.

The last part of our day was spent exploring the Roman galleries at the museum, where we looked at artefacts that have been dug up below the streets of Chester. These included game boards and dice, bones, buckles, gravestones, pottery and coins. Of course our visit would not have been complete without a trip to the shop, where Roman daggers were a popular choice. (Mrs Sweeney looked after them all the way home, just in case.) Luckily we were released from the Roman army at the end of the day after they found out that half of us were female and all of us were too young join, some of us were secretly quite relieved!

Many thanks to Mrs Seward and Mr Rooney for driving the minibuses and Mrs Hadgianni for her invaluable support. 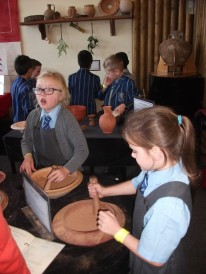 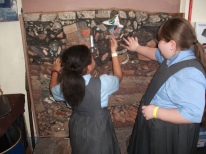 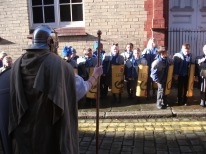 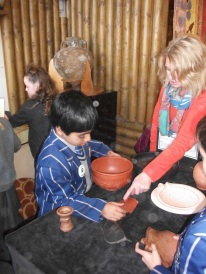 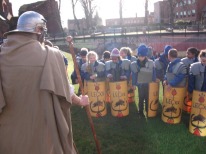 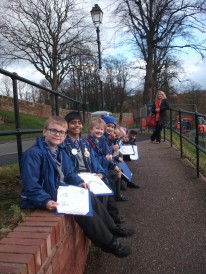 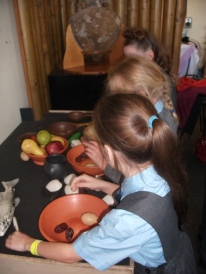 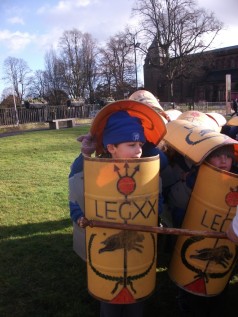 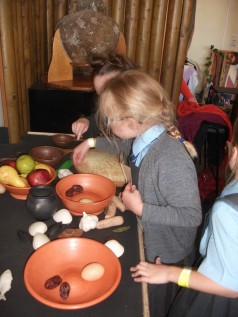 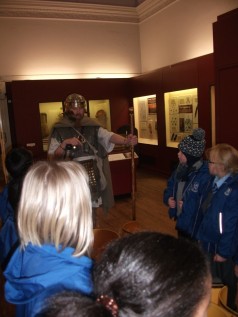 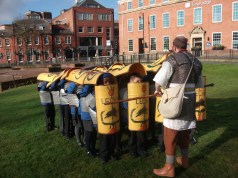 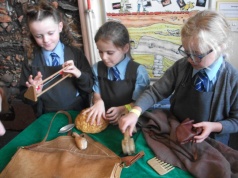 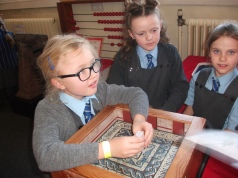