What a difference a day makes…

Posted on September 17, 2016 by BridgewaterPrep 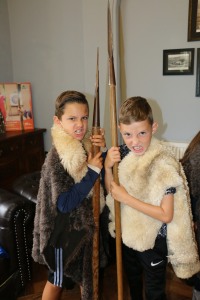 After the glorious weather of the previous two days, it was something of a surprise to wake up on Friday morning to a heavy downpour.  Fearing an hour and a half of soggy clothes on the bus home, Mrs. Booth gave up the opportunity for the children to build Roman siege catapults out in the rain, and instead we stayed inside for an interactive history timeline activity, before we went fossil hunting again and made our own fossil casts.

Beginning with the Celts, we travelled through Roman times,  followed by the the Anglo-Saxons, Vikings and Normans.  We saw the development of their clothes and weapons, having the chance to dress up in them and wield their weapons and helmets, with sometimes hilarious effects.  Some of the adult sized helmets were a tiny bit oversized for 8 and 9 year old children!

After a brief visit outside to search for fossils again in a limestone wall, we used Plasticine to take an impression from a fossil before pouring it with plaster of Paris to make a cast.  The finished results look excellent, but Mrs. Booth is keeping them in class for the time being for a display!

After our packed lunch, we loaded up the minibuses for our return to Bridgewater.  We wonder who was asleep first last night – the teachers or children?

What a fabulous trip! 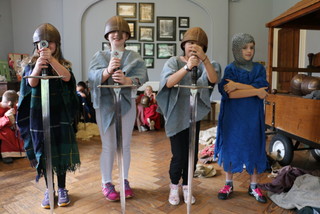 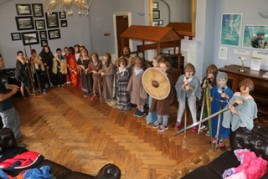 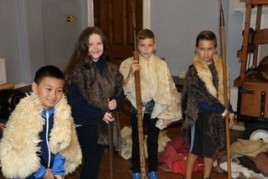 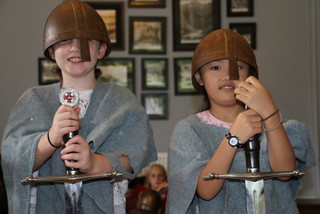 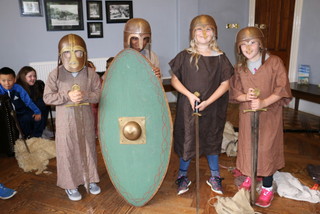 3 Responses to What a difference a day makes…