On Friday afternoons in the Old Hall, there is usually a hive of activity as members of the Judo Club are put through their paces.  Not many of us usually get to see what they are up to, but that changed today as we were treated to a fantastic demonstration of judo skills by two of the instructors.  We were shown different grips and throws, and also how the scoring system works during a contest.  Most fun was the opportunity for many of our children to compete in a bout against the instructors!

The judo club is very popular, but there will be some places available in September.  Those interested can let the School office know and they will be put on a waiting list. 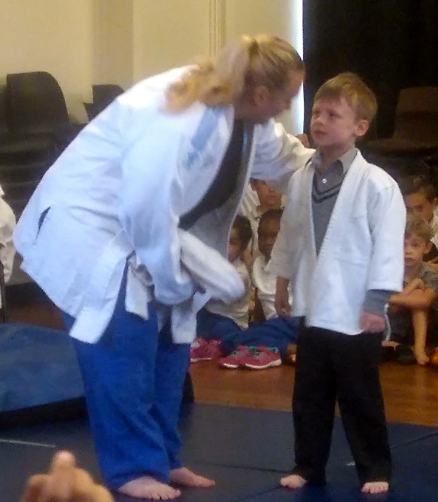